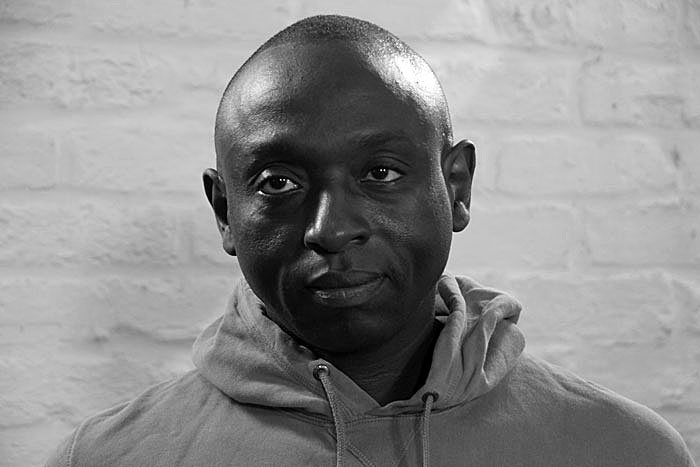 I am pleased to let you know that my Progress Ceremony  will be presented on the 9th of July 2014 at The Forge – 3 -7 Delancey Street, London NW1, right in the heart of Camden Town, where so much of London’s vital music making happens. The event will feature the same group of fine musicians that performed in Coventry last year and so memorably at the Ritzy in Brixton early this year. They are Euston Liburd (Drums), Roger Allotey (Percussion), Greg Sanders (Guitar), Rotem Haguel (Bass Guitar) and yours truly on Voice and Keyboards. Derek Nisbet  of Coventry’s acclaimed Talking Birds, will be with us again, projecting alluring, timeless images and we hope to summon the love and light of all good spirits to give you an unforgettable experience. Progress Ceremony is a Yoruba Healing Social Ritual for our times. Be sure to make it a date.  See the Forge website at www.forgevenue.org  (select the date) for your £6 advance tickets  (£8 at door with £6 concessions)

Euston, Roger and Greg were also involved in my most recent concert at Vortex Jazz Club in May. This show featured songs from my album Life Force Music, with an expanded line up; Colin Graham(Trumpet) Ian Hubbard (Tenor Saxophone) and Emmanuel Adeniran(Bass Guitar) were also present. It was an enriching experience for all concerned and it made me feel like I would like to perform more often in jazz venues, as I enjoy the loose limbed feeling we can evoke, coupled with musical eloquence.

The end of May took me to Addis Ababa, Ethiopia as a guest of the African Union. Professor Pitika Ntuli – visual artist, poet, academic and an old mentor of mine, invited me to participate in the African Re-Imagination Creative Hub – a conference that involved African cultural practitioners from a wide range of disciplines coming together to brainstorm and contribute ideas to a new cultural policy document for the African Union’s 50 year plan – Agenda 2063.

It was exciting to meet so many high flying African artists and media professionals. It was also humbling to attend meetings in the large conference room where the founding fathers and mothers of the Organisation of African Unity held sway back in the day. I’ve made many new friends and acquaintances through the experience and I hope to visit their countries with projects in the near future.

A highlight of my time in Addis Ababa was a visit to the National Museum of Ethiopia, where an urbane and erudite curator introduced my colleagues and I to Lucy – the remains of the oldest homo sapiens ever to have been discovered by archaeologists. I also had the privilege of seeing Emperor Haile Selassie’s throne – one that had been removed from Ethiopia by the fascist regime of Mussolini’s Italy, when Ethiopia was occupied by that government.  The throne was only returned to Addis Ababa in the 1970s.

Thinking of monarchies and thrones brings me to another forthcoming event. I am the composer and music director for BBC Radio 3 Drama’s new production of Wole Soyinka’s Death and the King’s Horseman. Featuring a Rolls Royce cast of British African and Caribbean actors (Jude Akuwudike, Danny Sapani, Rakie Ayola and Claire Benedict, amongst others), I also arranged for exceptional African musicians to perform the music – Yaw Asumadu (of the Pan African Orchestra) and Wale Ogungbe (no relation, but one of King Sunny Ade’s leading drummers). The production, directed by Pauline Harris is an 80th birthday tribute to Nigeria’s Nobel Laureate and it will be broadcast on that exact day – July 13th 2014. It will also be available to hear on the BBC’s iPlayer for a week after that date. In a new development, on July 20th 2014, Radio 3 is also going to broadcast the award winning production of “Document of Identity” – a play written by Soyinka for radio, that I created music for, also directed by Pauline Harris almost a decade ago.

Meanwhile, I am a member of an ensemble that has just performed two tribute concerts to John Coltrane. We played a reworked score of Coltrane’s A Love Supreme at Queen Elizabeth Hall, Southbank Centre on Sunday, June 22nd to close this year’s Meltdown Festival. Co-produced by Straight No Chaser’s Paul Bradshaw, the score has been re-envisioned by Rowland Sutherland and features Orphy Robinson as the musical director. An opportunity to hear some of the UK’s most celebrated Jazz, Classical, African, Asian and Latin based musicians performing a piece that became a labour of love, I sang Yoruba translations of passages from the Psalm that John Coltrane wrote to form the basis for the piece’s fourth movement.

This brings me back to Progress Ceremony at The Forge. We’ll be performing from 7.30pm on Wednesday the 9th of July at The Forge, 3-7 Delancey Street, Camden, London NW1 7NL. You can get tickets online at www.forgevenue.org

Life Force Music – my album, will be available to buy at the event. You can get downloads of the album at http://juwonogungbe.zimbalam.com

We are currently preparing show reel clips of Progress Ceremony. These will soon be available for you to see on You Tube. Please see the e-flyer for our event at The Forge attached.