Journeying on an African path 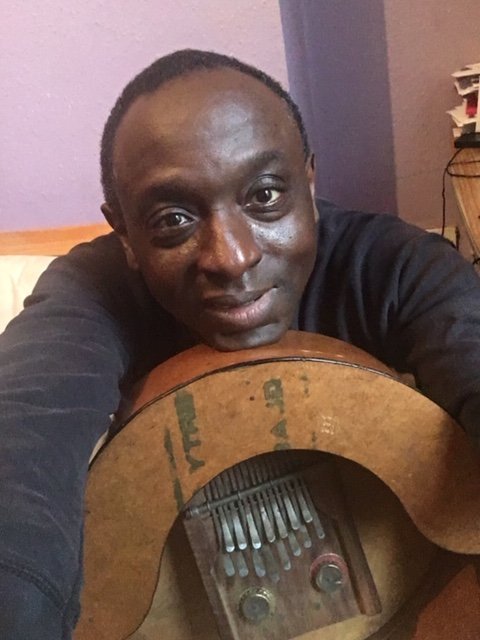 Away from home, visiting another city, I was introduced to some key players in the local African arts community. One of these artists was a painter. Almost immediately, he and I developed an easy rapport with each other. He invited me to his apartment.

Possibly due to the fact that he lived in a city where there were few distractions, he had created a large body of work. Striking images – painted on large canvases, were assembled in the lounge. This artist’s imagination was fully of the visual vocabulary of Yoruba mysticism. His work reminded me of stately mansions and compounds in the land of our forebears.

He offered to cook dinner. The meal he made was also evocative of the Yoruba hinterlands. I asked him if he had presented any major exhibitions in the UK. From what I remember, he might have done so in his city of abode, but not in London. He seemed to be shy and self conscious about sharing his talent with a wider public.

After leaving his apartment, I was moved to tell others about this artist’s talent. In one conversation, I discovered that his output was somehow off putting to some of our African peers. Was he dabbling with evil spirits? What did the paintings have to do with ‘idol worshipping’?

UK based people of African descent are currently involved in reflective thinking about the quality of our lives as minority ethnic groups in a predominantly Eurocentric culture. Are we willing to come to terms with the specificity of African derived expression? How far are we prepared to go?