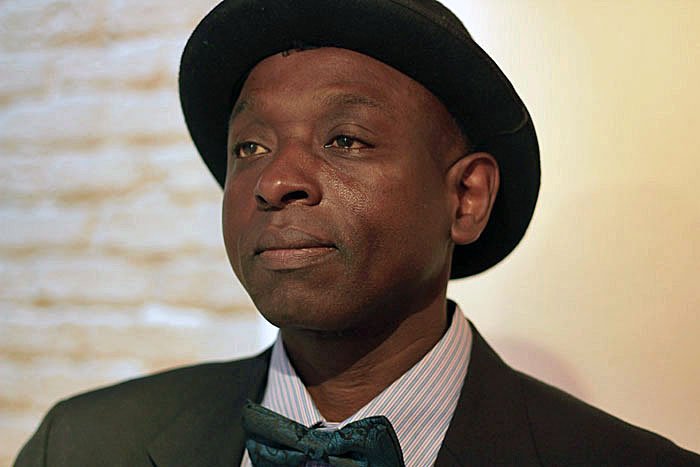 I trust that you’ve had an enjoyable summer. Mine was busy, but fun filled and I’m happy to usher autumn in with my show at The Green Note. I’ll be performing old favourites from my song book as well as very recent compositions and I look forward to sharing an exciting, colourful Saturday afternoon with you as a featured artist in the 12th London African Music Festival, produced by Joyful Noise.

Seeing as I am part of the Joyful Noise family (one of several that I belong to!) I’ll also be involved in running a special Family Music Fun Day, for Iroko Theatre Company, as part of the festival. This event will take place in the afternoon (from 12 noon – 4.30pm) on Saturday, 20th September, in Timber Lodge (North Park) Queen Elizabeth Olympic Park, Honour Lea Avenue, London E.20 1DY. For those of you that have children, nieces, nephews or other charges that you would like to take out for a special day in the Olympic Park in Stratford, here is a unique opportunity!

The super talented Iroko team will take you and the children through your paces, to learn music, movement and dialogue for a scratch performance of The Sacred River – a show I was involved in composing for during Iroko’s Summer School in August. You’ll be able to sit, watch and listen or participate in the proceedings and this free workshop will end with an interactive performance for the wider public at 4.00pm. I found the creative work inspiring and I would love to hear more voices singing the songs I composed.

As it happened, I was lucky to get warmed up creatively for The Sacred River, through work I did with Mojisola Adebayo (a highly creative theatre maker) in a week of research and development work, on her new piece for children – Asara and the Sea Monstress. The work brought together many seasoned players from London’s Black Theatre scene, alongside a large group of emerging young artists who were mentored during the process. The piece was presented twice in work-in-progress performances that were very well received, at The Albany in Deptford. It was nice treat for me to visit Deptford every day for a week, getting a chance to sample the Nigerian cuisine that is so easily within reach in that part of London.

In August I was approached by Voicelab at the Southbank Centre to lead one of their sessions with the general public, called The Big Sing. The special thing about this offer was the opportunity to work with the Chorus of the Orchestre Symphonie de Kimbanguiste, from Kinshasa, Democratic Republic of Congo – a very exciting prospect for me!

After having a good look at the choral scores, I travelled to Manchester to hear the Chorus and to negotiate with the Chorus Master about the most suitable way to run the Big Sing session.

On Saturday, the 13th of September we faced the public in front of Royal Festival Hall – the event was part of the Southbank Centre’s Africa Utopia series and it had been marketed extensively. We had a fabulous time together, and I will have more to divulge about this project in a new blog that I’ll be writing and sending out to you shortly.

In September, a colleague and I have started developing a creative project called Talking Drum which aims to raise public awareness in Africa about Ebola and how to alleviate the current problem faced in some countries. I have composed a song that deals with some of the issues involved, and we’re aiming to put out a call to other creative musicians to write and record songs in response to mine, which can be circulated on various social media platforms and on the project’s website at http://thetalkingdrum.org

A launch event for the project is going to happen in October and I’ll keep you posted about this.

Just to remind you, copies of my album,Life Force Music will be available for sale at The Green Note concert on Saturday, 27th of September. Doors will open at 1.00pm, for a 1.30pm start. You can get tickets on this link:

For media enquiries, please contact Debbie Golt at info@outerglobe.co.uk  or for anything else, contact me at info@juwonogungbe.com    Bye for now!