A Blast from the Past – The Trickster Revisited 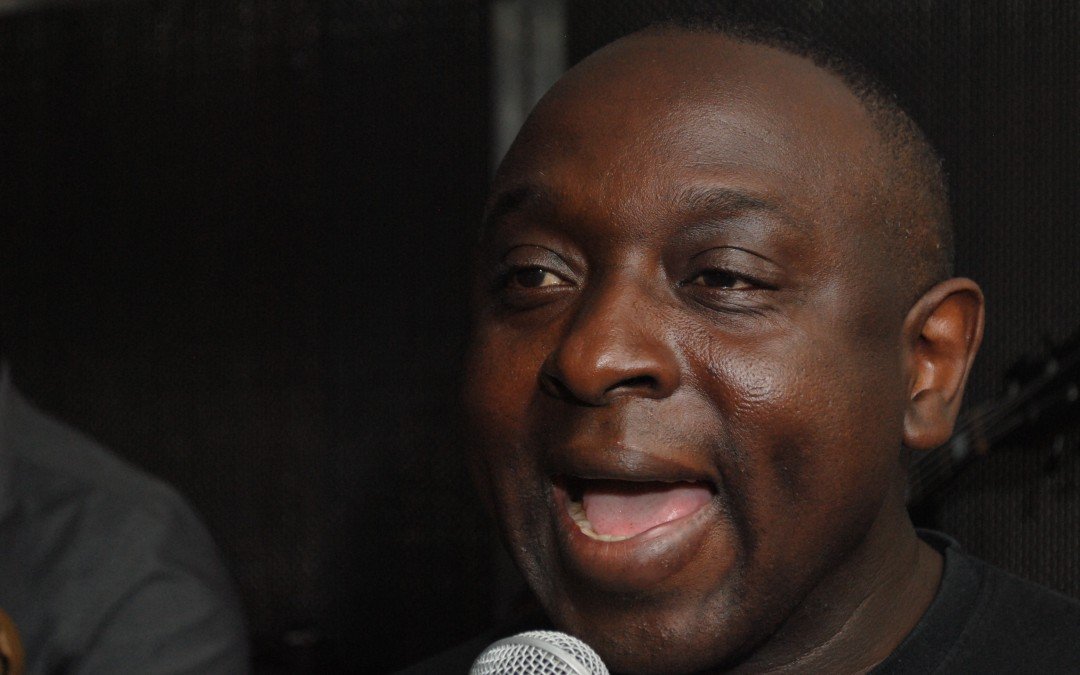 The London Lucumi Choir is currently learning and rehearsing “Time and the Trickster’s Heart” – a choral work that I’ve composed for them. This choir has a remarkable pedigree. It has only been in existence for a couple of years, yet it has already made its presence felt on BBC Radio 3’s Choir of the Year competition as a force to be reckoned with.

The choir’s members come from a wide range of backgrounds. When I first heard them sing, I was particularly struck by the fact that these people, from various walks of life, have been attracted to the devotional choral music of the Yoruba belief system as it is practised in Cuba and various parts of the Americas.

Through my work in many theatre productions, I’ve gleaned a lot of information through the years about the Yoruba belief system, from a Nigerian perspective.

Some of my colleagues have become adherents of the belief system, whilst others regard the mythology as a reservoir to draw inspiration from when they’re creating their work.

I’ve been attracted to the mythology because I want to understand what my forbears believed, in order to feel like I’m part of a continuum in a deep sense. I’m wary of what I regard as “cosmetic” Black or African culture.

“Time and the Trickster’s Heart” is an oratorio. It is based on a story in which Eshu, the Trickster Deity tricks three female deities (Yemoja, Oya and Oshun) into bickering in pblic about sharing the profits they’ve made on a business deal.

I’ve created solo parts for the three female deities and one for Eshu, the Trickster Deity (which I’ll be singing myself at the first performance – at St John’s Church, Waterloo Road, Waterloo, London on Thursday, the 17th of December 2009)

The piece has been created, aiming to highlight many of the London Lucumi Choir’s strong features – I’ve been ambitious with extending the shape of African based “call and response” vocal patterns. The Bata drummers will play in three instrumental interludes with some piano accompaniment. The baritone (mostly male) singers in the chorus have a featured section.

Another of my aims is to set the record straight about Eshu’s true identity. When the Christian missionaries of the Victorian era translated the Bible to Yoruba, they decided that Eshu was the Yoruba deity that shared most in common with the Judeo-Christian Devil. They have been highly successful in convincing several generations of Nigerian Yorubas that this is indeed the case!

I would like people to know that Eshu is the Trickster Deity of the Yoruba belief system.He has been described as “The Trickster, Guard of the Crossroads, Gatekeeper of Heaven, the choice giver and justice maker”.

Another source says “Eshu resides between Heaven and Earth, serving as God’s messenger to man, carrying sacrifices from Earth to Heaven”.

Eshu is also described as “A psychopomp, whose responsibility is to escort newly deceased souls to the afterlife, simply providing safe passage”.

He is not seen to be evil in the traditional Yoruba faith. He is certainly not the same entity as Lucifer, Beelzebub or Mephistopheles.

To conclude, “Time and the Trickster’s heart” is my first contribution to a campaign that some learned people are subtly working on, to reclaim the original meaning of some Yoruba words and concepts that have been distorted in their modern usage. Another example of this tendency is the word “Odu” which is colloquially used to describe scams, fraudulent plans and 419 dealings.

An Odu in the truthful sense, is a sacred chapter from the Yoruba Ifa Oracle’s canon.